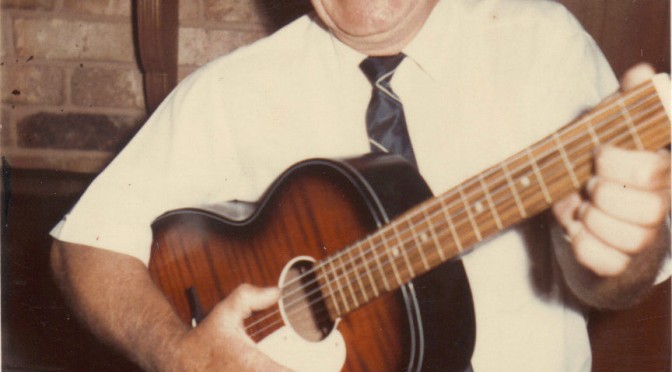 My Dad was a good man and a good Dad and he had “seen the elephant”! He was a character, very colorful, a great hunter and fisherman and everyone should enjoy these next few posts about him.

During WW I, when he was 16, my Dad, John Bryan, ran away from home and joined the Texas National Guard. That particular unit had been called up for duty in France. He was loaded on the train in Waco, headed for overseas training, when his Dad, My Grand Dad, Peyton Bryan, appeared and physically drug him off of the train. It took him 5 years and many letters to finally get a discharge from the Guard so he could join the Marines.

John H. Bryan was his name. “What’s the “H” stand for Johnny?” I heard his friends laughingly ask him this many times. Well, when he joined the Marine Corps, the Recruiting Sgt. told him “Son, you have to have a middle initial to join my Corps”. Puzzled my dad replied, “Sgt. my only name is John, but if I need a middle initial make it H, H for hellion.”

Pictured is Pvt. John H. Bryan, aboard the battleship U.S.S. Tennessee, on his first cruise after boot camp. He was one of “The Old Breed” U.S. Marines. 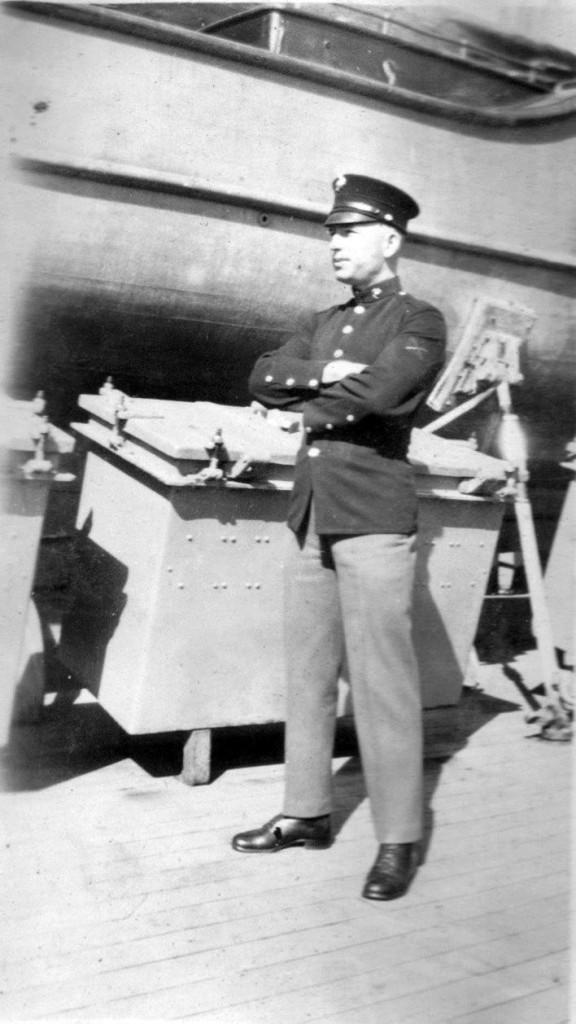 Daddy, as I called him, rose to the rank of Sergeant, E-5, in the Marine Corps and in the 20’s was the Marine, Fleet, middleweight boxing champion. My Dad also had combat experience in Latin America during one of the last “Banana Wars”. He tried to enlist with the Marines on December 8, 1941, but was told, even with his past record, that he was forty years old and too old to serve in the Corps. I remember him being very upset over this!

In the fall 1942 the movie “Wake Island” was released and shown at the Metropolitan Theatre in Houston. We went to see it on the premier night because Daddy wanted to see one of his old CO’s from the Corps. I met the CO, a Lt.Colonel, Chesty Puller, who ended up being the most famous Marine of WW II. He was on a war bond drive and temporarily back from Guadalcanal. My Dad would have joined back up that night also.

He finally matured and worked for the Southwestern Bell Telephone Company for 35 years, finally retiring as a mid level Manager.

I have always remembered one day after a real tough Dove hunt and we didn’t do very good and he gave me some of the best advice I have ever received. He told me, “Boy, don’t worry about today’s bad hunt. Just remember, if it were easy each time out, it would be called shooting instead of hunting!” Some days we have a world of success and some days are complete washouts, but the real fun is being out in God’s great outdoors!