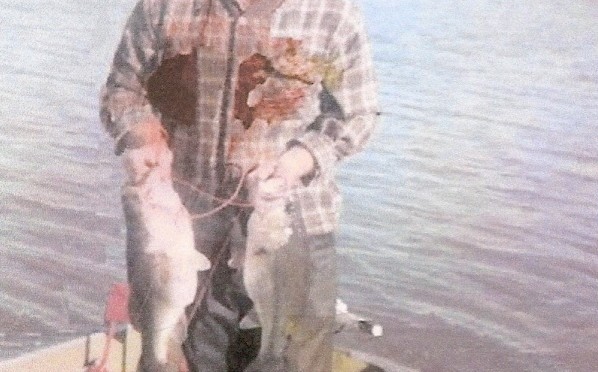 Bill Paxon and I met on a Friday night at our Duck/Fishing lease near Danbury, Texas, ate a steak at the local cafe, that was a steak I still remember, and turned in early in preparation the next day’s Duck hunt. Up well before the sun, we had bacon and eggs prepared by Mrs. Atkins, the wife of our leases’ guide/caretaker, stepped outside and were greeted by a calm, bright, early morning with the new day just a strip of orangeish light on the eastern horizon.

We went through the motions of loading my decoys, I now had 24 plastic ones, and our guns and followed them into the skif, started the engine and putted out to our Duck blind, all the while, knowing that such a bright, clear, blue bird day would lead to at best, not many Ducks flying. There would be a flurry about shooting time and, after that, it would stop completely.
We “hit the nail on the head” and had one flight of Green Wing Teal buzz our decoys right at shooting time and we obliged by shooting 4 holes in the sky. We waited for 45 more minutes, saw no Ducks and decided to go Bass fishing. We started the motor, picked up the decoys, putted back to the dock, oiled and put our guns up, got out our rods and reels, replaced the outboard with a trolling motor, started fishing and 50 yards from the dock and Bill soon picked up a small Bass.

In the old picture, Bill holds up my 3 for 3 on Bass. The bad, old picture shows the smallest of the 3 is mostly hidden by the 2 bigger fish.